What Is A Power Surge? 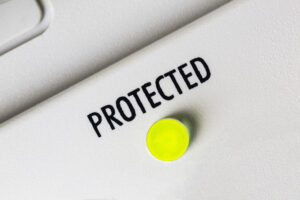 A power surge is a voltage issue that affects the grid and with it, the electrical supply to the appliances in homes. Power surges occur either when something transfers electricity back into the system and the voltage goes into a sudden peak or when there is a sudden drop in tension and it is followed by a peak. Surges can be short and small, the change being only 5-10 volts or they can be much more substantial, such as when a lightning strikes a transformer and send tens of thousands of volts into the system.

Power surges can be dangerous to appliances that are sensitive to changing voltage, such as the devices that use microprocessors. TV sets, computers, phones, even appliances that seem sturdier and more resistant to voltage changes, such as refrigerators and dishwashers can get damaged by surges. While minor power surges might only cause appliances to stop and they can restart without a problem when the voltage becomes stable again, if these issues are frequent, they can cause a slow and gradual degradation of the circuitry and will lead to failure eventually. Major surges, such as the ones caused by lighting strikes can instantly fry the circuits in a home, melting plastic and metal components beyond repair and causing a complete black-out.  To have a whole house power surge protector installed call on JM Electric in Denver.