What Is Phantom Energy? 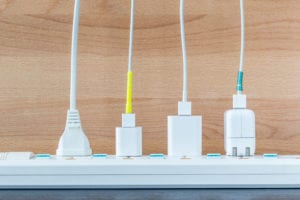 Phantom energy is a concept that refers to the energy consumed by stand-by systems, also called energy vampires, because they are true energy thieves.

Stand-by systems, which keep devices and household appliances on hold, are expensive and they consume unnecessary energy. If you do a night tour of the house and count all the small lights that are on, you may be surprised how many they are: TV, audio, CD player, monitor and computer keyboard, coffee maker…

All these will increase your energy bill. Appliances in standby can also damage your health because of the electromagnetic field that forms around each power-operated device.

The phone charger is the champion of these “vampires”. How many times have you leave the home in a rush, taking the phone from the charger, but leaving the charger in the socket? You may want to find out that even if it is not connected to the phone, it consumes electricity.  Talk with a Denver Electrician to find out just how this works.

The US launched a campaign against these hidden energy consumers; Americans are advised to close the appliances directly from the switch or simply by disconnecting them from the socket. A US household loses an average of $ 100 a year due to appliances left in stand-by; in bills, their cost exceeds 10 billion, according to the statistics of the Department of Energy. In the UK, a similar study conducted in 2011 showed that a household spends up to $ 150 a year on phantom energy consumed by appliances in stand-by.