Why it Might be Time to Upgrade Your Electrical Fuses 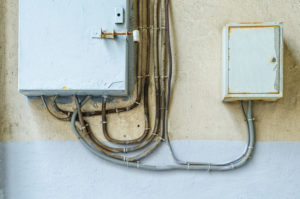 When it comes to having a reliable electrical system, fuse boxes may not fare as well as circuit breakers. What even is a fuse box and how is it different, you ask? Fuse boxes can still be found today but mostly in older homes which also have old wiring and an old electrical system in general. Fuse boxes are slowly starting to be replaced because circuit breaks prove to be more reliable and should be professionally installed by JM Electric in Denver.

With so many cool devices and our ever-growing reliability on appliances and smart home assistants, people are consuming more electricity today than ever before.

Circuit breakers can handle more appliances running at the same time and increase the quality of life for people by having a more stable electrical system. Fuse boxes were made to handle only a few electronics and lights running at the same time (so that’s why they are in older homes). The major difference between them is how they handle electricity. Fuse boxes use wire that melts when overloaded. Circuit breakers, on the other hand, use a magnetic switch. Fuses need replacements while circuit bakers only need to be flipped back up. Ever run the microwave and the blender at the same time, only to have them stop? Did you go to a box and flip a switch back, then go use one device at a time to keep them safe? Yup, you have a circuit breaker. You don’t want to overload it anyway, but at least you know you have some protection!

A home that has a fuse box may also have outdated wiring, therefore, when doing an upgrade, it is a good idea to have some work done on the wiring as well. When should an upgrade be done? The sooner, the better. The technology is old and because homes are using more appliances at the same time, they require more stable and efficient energy flow, therefore, upgrading to circuit brakes will be the best home improvement project a homeowner could make. Not only does this help you and your appliances but can be a crucial selling point if you are trying to sell your house!