How Did Thomas Edison Invent the Lightbulb? 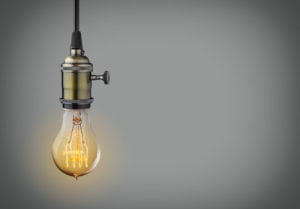 Thomas Edison is the inventor credited to have invented the incandescent lightbulb at the end of the 19th century, but most science historians agree that Edison was not the first and definitely not the only scientist who made a functional bulb. The first electric light was produced by Humphry Davy in 1802 and over the next seven decades his invention was refined and completed by many scientists, including the British Warren de la Rue, who used a platinum-coiled filament and Joseph Wilson Swan who used carbon paper filaments to produce light.

Edison knew about all the research before him as well as of the results in the field when he started his own research in 1878. He experimented with filaments made from various materials, such as paper, linen threads, even wood splints until he found the best solution and in 1879 he patented his light that used a carbon filament connected to contact wires made from platina. The commercial manufacturing of light bulbs started in 1880 and Edison’s company called the Edison Electric Light Company started marketing the new product that has revolutionizing illumination and transformed the way we use our homes, out offices, the way we walk in the streets and so many more aspects of modern life.  Any good electrician Denver is home to can help you enjoy this invention by installing new lighting in your home or outside your home.