How To Read Your Electric Meter 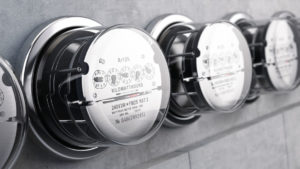 Reading your electric meter is not complicated but it differs according to the type of meter you have.

Write the five numbers, as you can see them from left to right (including zeros at the start). Ignore the red numbers, as well as those that come after the decimal point.

You meter must say “Multirate Single Phase Watt Hour Meter”; otherwise you need to check the reading of a single rate meter.

You have to take two readings; the display will alternate between them and you can identify them by the number written on the left hand side. Write down the numbers as you see them from left to right (also include the zeros at the start). When the letter “t” is showing, ignore the numbers you see. Do the reading between 10am and 10pm. On the meter reading form, enter the first reading into the Day/ Normal box, and the second into the Night/Low box.

Just like in the case of the digital single meter, write the five numbers, from left to right (zeros included). Red numbers or those that come after the decimal point are not needed.

There are two dials, labeled day and night, or normal and low. You must read them both, just like you would read a regular single rate meter, but take the readings between 7am and midnight. Enter the low/night reading into the Night/Low box and the normal/day reading in the Day/Normal box.  The next time you have your local electrician from https://jmelectricinc.com/denver-electrician out, ask them to show you how to read the electrical meter.