The Complexity of an Electric Car Charging Station 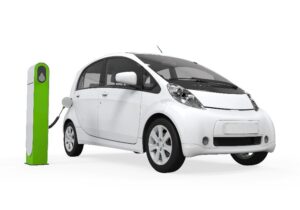 In order to run your electric car, you will be needing an electric car charging station. Those can be found either scattered around cities or you can simply install one at your own home. But people may not understand why they need such a thing. They think that the station is nothing more than just that one cable that comes and plugs into your car. But in reality, things are a bit more complicated. The station itself consists of a series of elements, the most important one being the converter. This helps convert the energy the station gets from the grid into energy that can be used to charge a battery.

Besides the convertor, any electric car charging station has a series of failsafe measures that protect both the station and the car from overcharging or overheating. This way, the user can safely handle the charging cord without fear of being shocked or that of the car being overcharged. Also, some people may think that the whole station is just as simple as an extension cord from the wall socket. In actuality, the station has to be connected directly to the electrical grid, so that is where the car draws energy from.   To have a car charging system installed at your home or business look to the professionals with experience at JM Electric in Denver.