What Is Surge Protection? 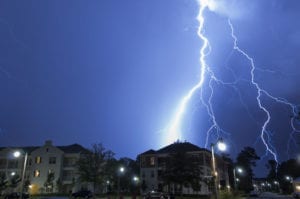 Overvoltage occurring in electrical installations is an undesirable event that may cause damage to the conductors` insulation, which can produce short circuits with the most undesirable and dangerous effects (fires, destruction of expensive equipment and interruption of power supply).

Damage to electronic equipment in a home due to is unpleasant and frustrating but you can avoid damage by installing surge protection Denver electricians say.

There is a wide range of dischargers, designed for power circuits, TV circuits, telephony, etc. They manage to lead overvoltage waves into the ground, being a necessity in all cases where you cannot afford the luxury of paying for the damage that an overvoltage may cause.